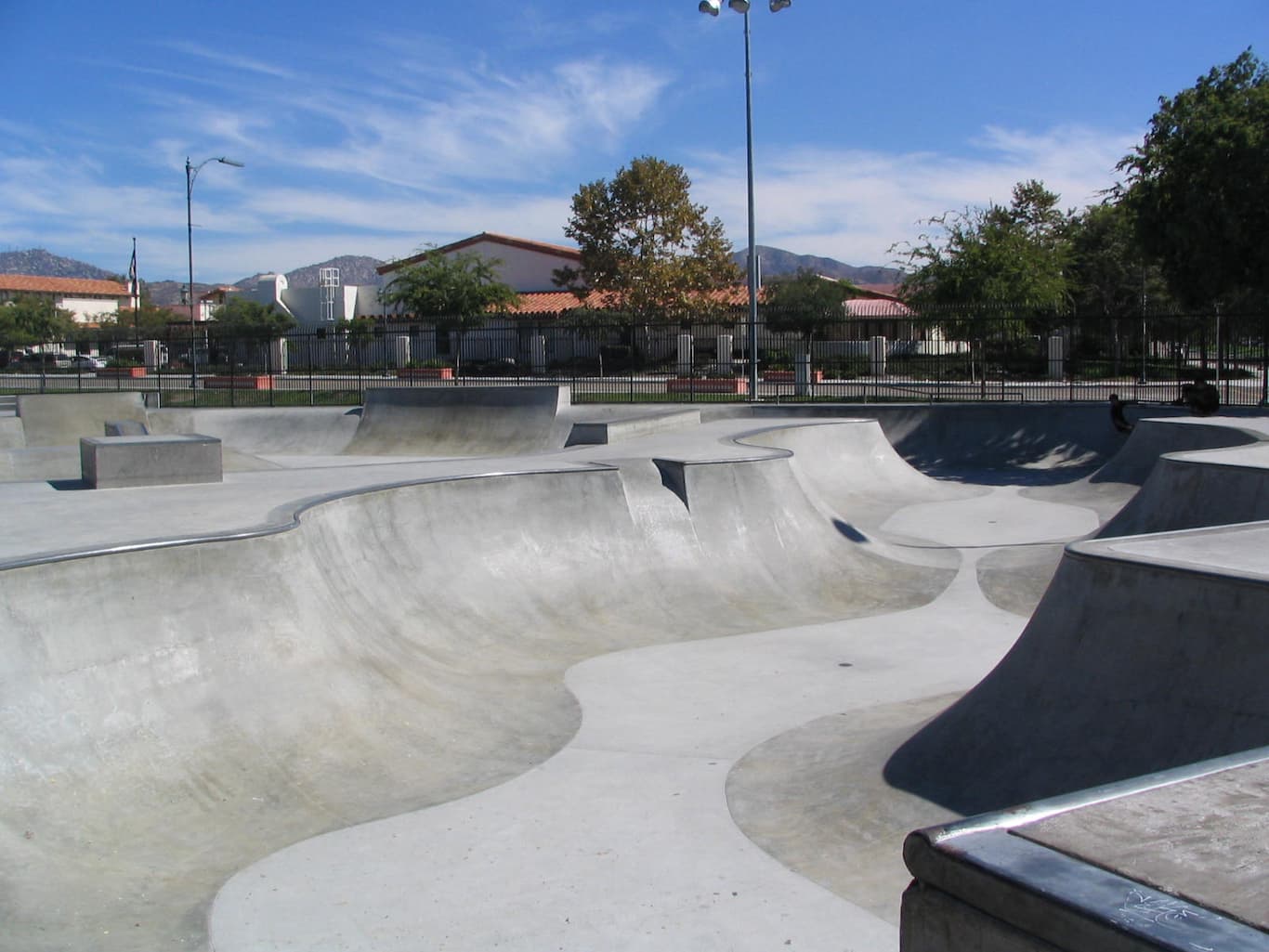 Open access, free to use skate parks are the lifeblood of the sport. However, can tech be used to improve security, safety and respect, without creating a ‘nanny culture’ in skateboarding?

Managing access to – and respect for – skateboarding parks is a perennial issue. It is important to make sure facilities are not being misused, or that they become unsafe due to too many visitors with dubious motives or skills.

However, systems to screen skateboarders on entry to venues can seem a step too far!

To shed new light on this important topic, we decided to revisit an article we did on Poway skate park in California, back in 2010. At the time, we announced that the venue planned to launch biometric testing, involving scanning skaters thumbs to either admit them or prevent them from gaining entry after 6 pm.

The aim was to reduce incidents of vandalism, defiance of safety rules and general bad behaviour on the skate park. Such as fires, graffiti, and visitors using bikes on the structures.

It was seen as a drastic measure by some. We referred to putting up technology like this as “making a skate park look like you are trying to travel overseas and you are getting on a plane.”

The tech is similar to the scanners used at top California tourist attractions, such as SeaWorld and Disney World, which clearly need to protect profits and control numbers on a huge scale.

When we announced this development at California’s Poway Skate Park, the local authority’s intention was to have a biometric entry system up and running quickly, and visitors were encouraged to submit their photos and thumbprint scans at no cost.

Visitors could do a thumb scan for day entry, and the new system left the way open for creating sessions for specific skate park user groups.

It’s important to point out that the park was still set to be a free facility for all skateboarders, when the new tech was put in place.

Surveillance cameras were to be installed, to monitor and support the new entry requirements at Poway. As well as to boost safety on the site, by assessing widespread use of safety gear. That’s because State Law mandates that helmets, elbow pads, and knee pads are always used at this skate park.

Did it work, or was it scrapped?

Fast forward over a decade, how well did this plan work?

Basically, having a locked gate, thumbprint identification system and registration requirement to enter the park hit problems early, not least as the technology used quickly became obsolete. It appears the system was scrapped around three years after its inception!

Did the ensuing ‘free for all’ damage the venue and lead to problems?

Apparently not, as Poway Skate Park continues to be a thriving and popular venue.

It originally cost over $1 million dollars to build (opening in 2003) and the local community has done a great job in protecting that asset, at the same time as maintaining free access and inclusivity.

The team behind the park have even opened up its use to more activities, and a rule change in 2015 meant that users on bikes are now welcome at the Poway Skate Park! Scooters and other wheeled transport are also now allowed, along with skateboarders and roller skaters.

As it is still an unsupervised and free skate park, there is still a big push to promote the rules, and the best way to respect the venue and other users. However, that is now based on education and information, not technological barriers.

Though the surveillance cameras can still spot blatant misuse!

Keep in mind too that the biometric scanners were only part of a package of security and safety improvements at Poway Park. Other developments included better fencing, those new security cameras and motion-activated lights.

Open, accessible and free are all good, but safety still has to be a top priority at any skate park used by all ages and abilities.

At the time of going to press with this article, the skate park (and the rest of Poway Community Park) was gearing up for its 2022 Winter Festival (January 7th from 5:00 to 9:00 pm and Saturday, January 8th from 3:30 to 8:30 pm). Including activities for special needs families.

Clearly, there are now no barriers to enjoying this park, including the type of wheels you ride on!