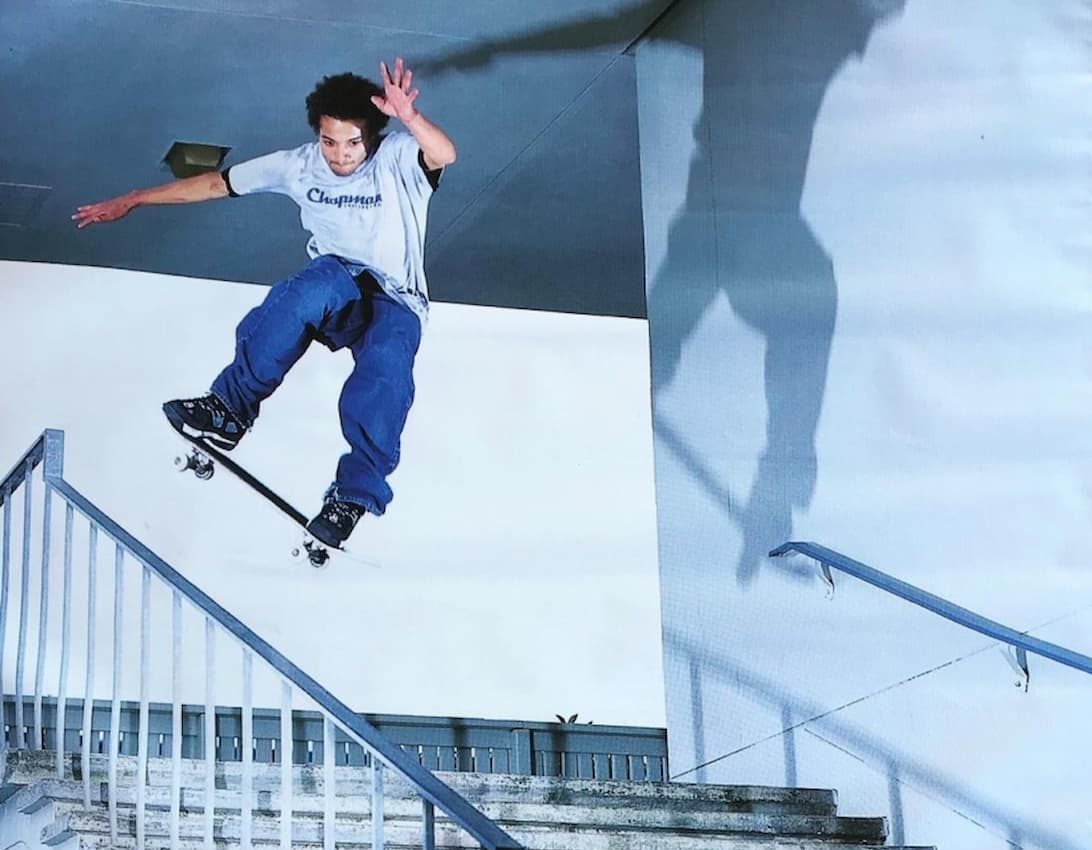 There are some names in professional street skateboarding that continue to inspire, long after the person has put away their grip tape and retired. That certainly applies to Danny Gonzalez, whose creativity was much discussed in the sport.

He was also known for being the stereotypical “come back kid”, and shared his triumphant (and glorious) return from injury in this video, featuring his kick flip melon down Wallenberg in 1999.

However, complete recovery eluded him, and his injuries forced him out a year after our 2008 interview with Danny Gonzalez.

It was the second time he’d decided to retire, but this time it stuck and he parted company with the Jart Skateboards team for good to find a new career.

In our original profile of Danny Gonzalez, we referred to the fact he had seen…

“The good, the bad, the pretty and the ugly sides of skateboarding”.

Some may consider that an understatement!

Apart from injury, Danny also found his obligations to ride with various skateboarding names sometimes created red tape that tripped up his career, and he also had some serious falls outs with key figures in skateboarding promotion.

Danny also found that some of his more extravagant tricks didn’t sit well with purists. Though Danny was always keen to point out his creative moves were to show audiences what was possible, and to shake up perceptions, rather than to showboat. He certainly knew how to knuckle down and compete well on courses when needed too.

In fact, in our 2008 interview with Danny Gonzalez, he told us he uses his imagination to: “push for innovation as long as it doesn’t become a gimmick or cheesy.”

From a troubled teen to a skateboarding icon

There are still those in the sport who refer back to Danny’s upside down Wallride, which seemed to defy the laws of gravity, and his spectacular Handrail Frontside Lipslide.

If you saw him ‘fly’ in his early career though, it may have been substance-related!

Danny grew up with a brother and group of friends who became ardent skateboarders at an early age. Though he admitted in one interview they also had less positive experiences growing up, including being involved with hard drugs, partying and drug runs. He is open about that possibility his early creativity as a pro skateboarder came from being high.

However, his legacy remains, and he said in an interview in 2011:

“I pushed the envelope of what was possible on a skateboard. That was only ever my intention, and that’s the only thing I ever want to be known for.”

Would you like to see some stunning photographs of Danny Gonzalez in action? Pete Thompson featured Danny in his book “93 Til”. It’s a book for anyone fascinated with the 1990s skateboard culture. The Danny Gonzales action shots Pete captured included his Wallenberg Kickflip, Switch 360 Flip Foot Plant and handrail Lipslide, on location in beautiful San Francisco.

What were Danny Gonzales’ influences?

Danny expressed admiration for Tom Penny for his consistency and range and great pride in a collaboration with Shepard Fairey in 2008.

Also, Danny told us in our 2008 interview with him:

“Tony Hawk in my opinion is the best thing that happened to skateboard; we thrive because of him.”

He also told us:

What is Danny Gonzales doing now?

Since Danny decided to retire from pro skateboarding, he has clearly funnelled his energy and creativity into a more static art form. He refers to himself as an “artist and curator” for an organisation called One Kelektiv. This is a body that showcases both physical and digital art.

That’s clearly a career Danny was laying foundations for right back in 2008 when we interviewed him. At the time, he said outside the sport:

“I have a very busy schedule. I paint, skate, commercial work, shoot photos, gym, take care of three dogs and live with my girlfriend.”

You can see painting in that list showing that Danny Gonzalez’s creativity was always – and still is – his most defining trait!